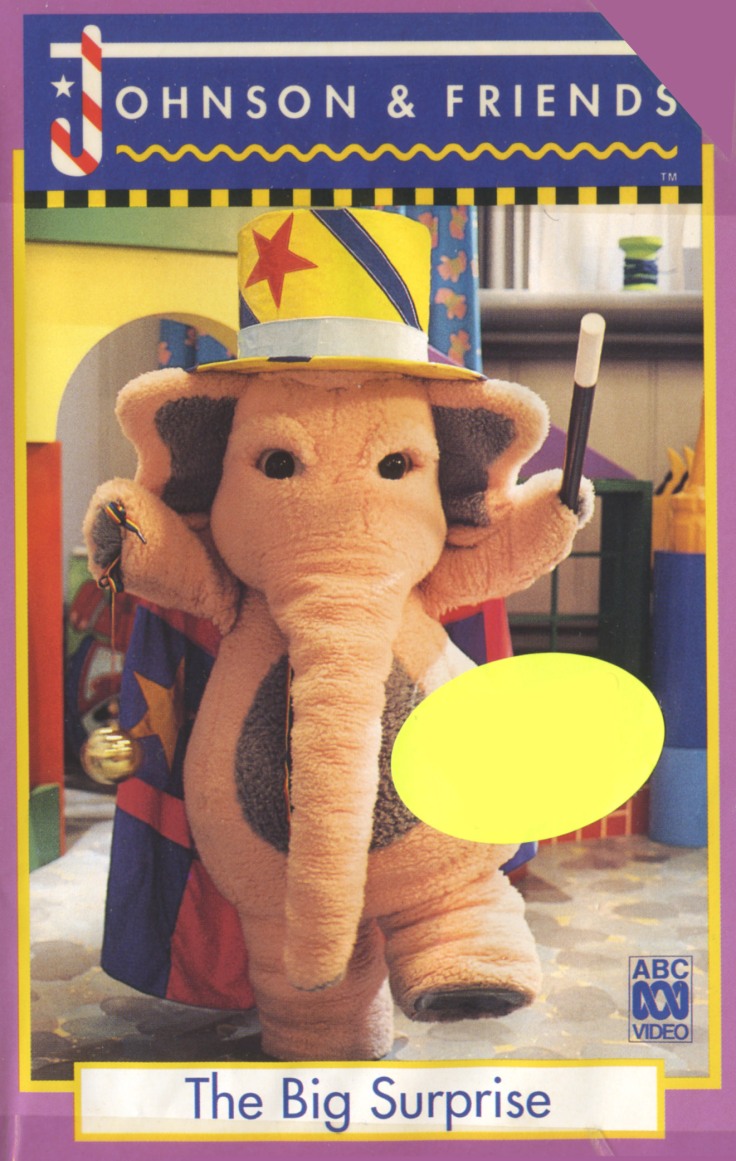 Episodes included on this VHS cassette.

Copyright 1997 Film Australia.  This unique series was developed under the guidance of Dr Stephen Juan at the Centre for Early Childhood, Faculty of Education, University of Sydney. Designed for 2-6 year olds.

Some random company issued a take down notice on this video.  Yes a Pink Elephant from 1997 literally gets deleted from the whole internet because ‘Valleyarm’ says so. 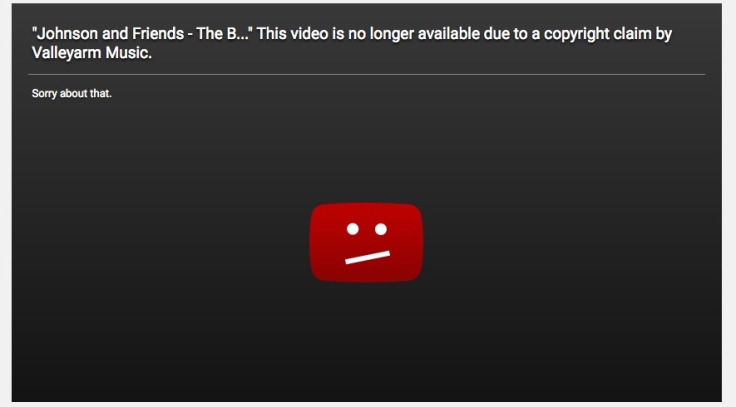 Presented here is a digital VHS transfer of “A Golden Book Video Classic – Three Sesame Street Stories”.  This has been uploaded as the only other copy on YouTube is of someone filming their TV. 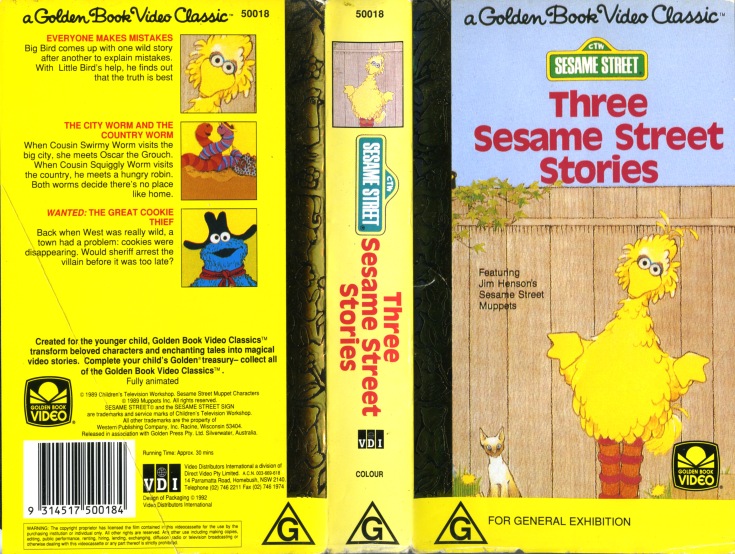 EVERYONE MAKES MISTAKES
Big Bird comes up with one wild story after another to explain mistakes.  With Little Bird’s help, he finds out that the truth is best.

WANTED: THE GREAT COOKIE THEIF
Back when West was really wild, a town had a problem: cookies were disappearing. Would sherif arrest the villain before it was too late?

This introduction is paced slower, I hope you enjoy this proud presentation. 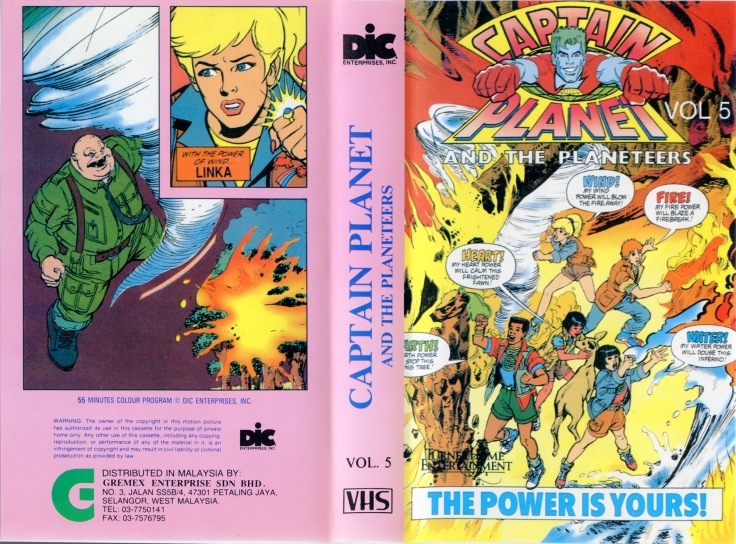 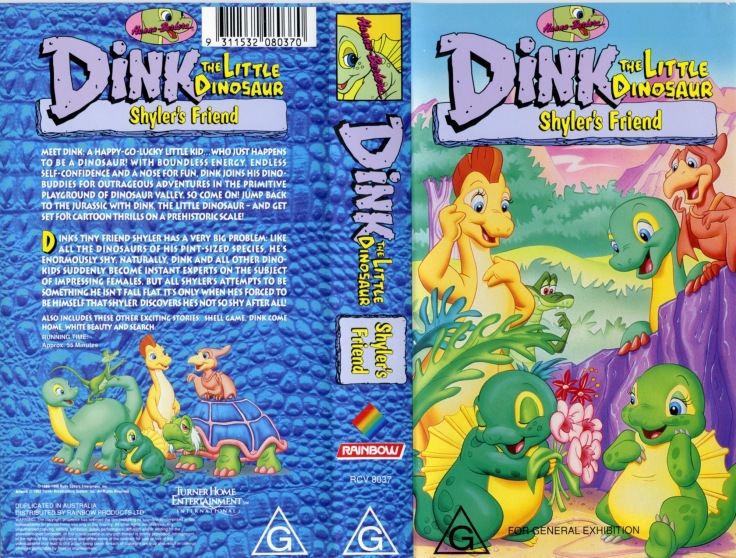 Meet Dink: A happy go lucky little kid.. who just happens to be a dinosaur! With boundless energy, endless self-confidence and a nose for fun, Dink joins his Dino-Buddiesfor outrageous adventures in the primitive playground of Dinosaur Valley.  So come on! Jump back to the Jurassic with Dink, The Little Dinosaur – and get set for cartoon thrills on a prehistoric scale! 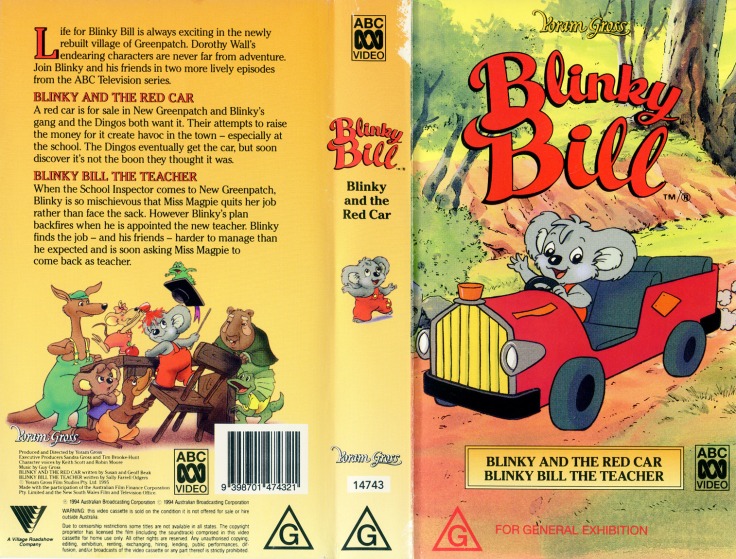 Life for Blinky Bill is always exciting in the newly rebuilt village of Greenpatch. Dorothy Wall’s endearing characters are never far from adventure. Join Blinky and his friends in two more lively episodes from the ABC Television series.

BLINKY AND THE RED CAR
A red car is for sale in New Greenpath and Blinky’s gang and the Dingos both want it. Their attempts to raise the money for it create havoc in the town – especially at the school. The Dingos eventually get the car, but son discover it’s not the boon they thought it was.

BLINKY BILL THE TEACHER
When the School Inspector comes to New Greenpatch, Blinky is so mischievous that Miss Magpie quits her job rather than face the sack. However Blinky’s plan backfires when he is appointed the new teacher. Blinky finds the job – and his friends – harder to manage than he expected and is soon asking Miss Magpie to come back as teacher. 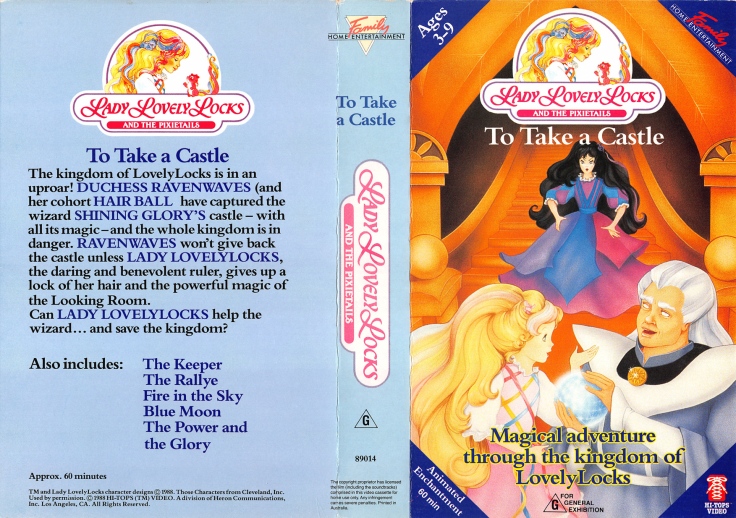 A magical adventure through the kingdom of LovelyLocks.
Presented here on YouTube as a high quality (HDMI) transfer of these unpreserved episodes from PAL VHS cassette.

Episodes include:
To Take a Castle
The Keeper
The Rallye
Fire in the Sky
Blue Moon
The Power and the Glory

All copyright is 1988 HI-TOPS VIDEO

NOTE: A false copyright claim has been filed by:

Which means they have forced monetisation on this video – any ads that appear will have proceedings going to them!

Unfortunately YouTube has heavily compressed my source file (5GB) which has affected the quality.

Captain Planet and the Planeteers
Double episode cassette released in Australia by Roadshow entertainment © 1990 Turner Home Entertaintment and DiC Enterprises.
The following descriptions are keyed from the rear of the VHS 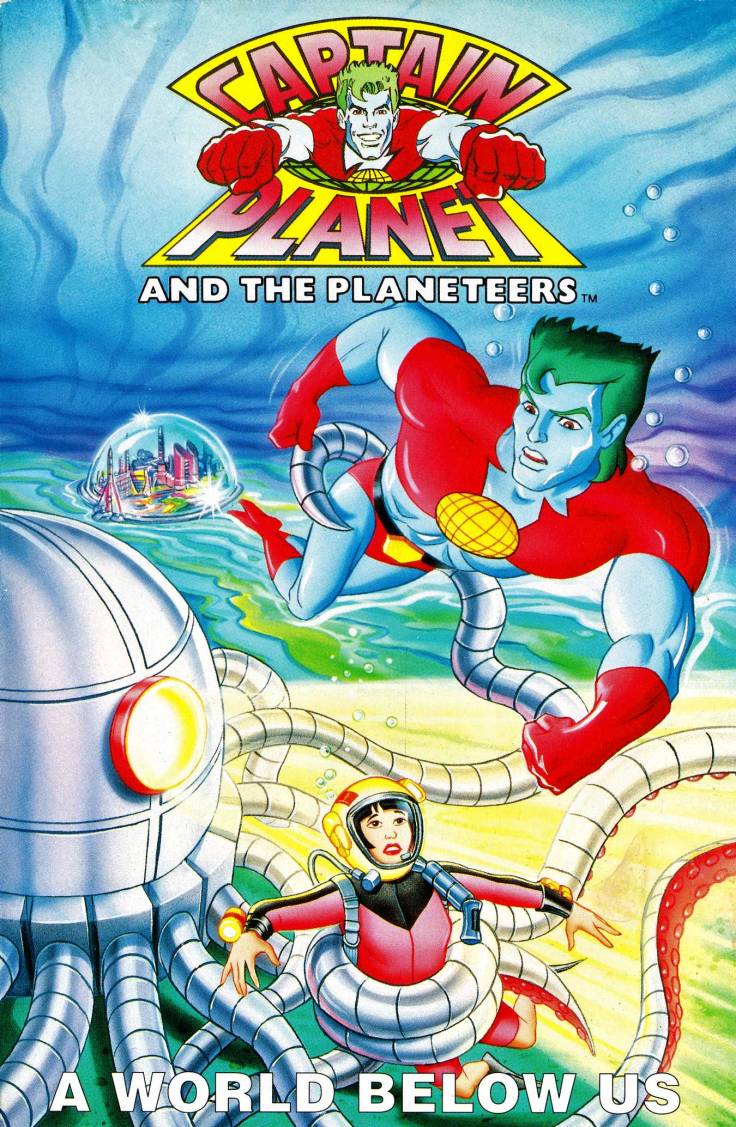 A World Below Us
Ma-Ti and Gi are cursing in the Eco-Copter when Sly Sludge blasts them with toxic waste, which sends them crashing into the sea. Underwater, they discover the lost city Oceanus, which is on the verge of ruin! Sludge has been dumping tons of toxins into the ocean, which are destroying sea life and eating through the dome that protects Oceanus. Captain Planet arrives, transforms himself into a ball of flames and repairs the damaged city dome.

Dr Blight’s newly-fashioned Smog Monster attacks a school bus which the Planeteers save from destruction. A small boy from the bus jumps aboard the Geo-Cruiser and helps the Paneteers fight of the beast, which keeps growing by consuming smoke and other air pollutants!  Captain Planet arrives and turns the Smog Monster into a statue – placing it in a devastated park – as a grim reminder of the dangers of air pollution.

Like Widget, this is a personal VHS rip done to with the best quality possible.  And just like Widget there is a copyright claim on the video which forces advertisements, of which i receive nothing, so please enjoy me uploading something the claimant couldn’t do but gets paid for. 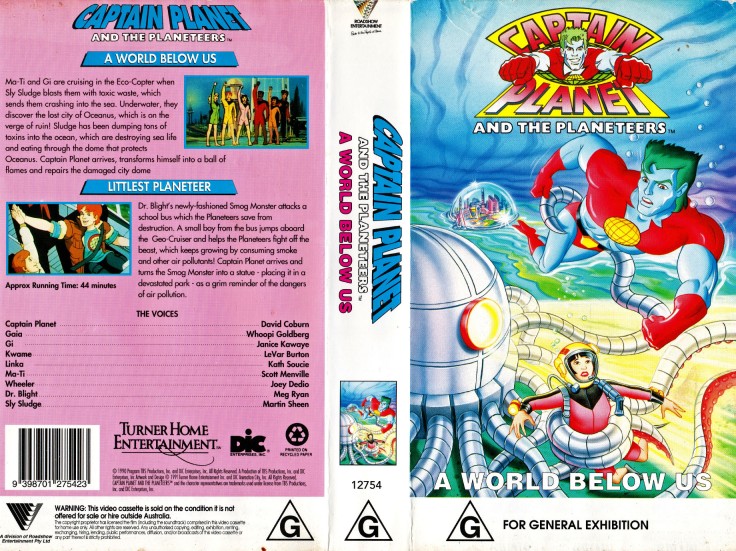 UPDATE: A copyright claim has lead to my entire archive being deleted without warning.  This video is no longer available becuase of this.  Enjoy my scan of the cover art I guess.

Presented here is a unique transfer of a VHS tape, of the cartoon Widget the World Watcher. Aussie kids of the 90s are invited to watch the first minute or so just to watch the ABC Kids intro!

PURPLE PULSARS! Widget and MegaBrain are back for two more awesome adventures!
Widget of the Jungle
Two evil poachers are trapping African elephants for ivory tusks – but ‘Widget the jungle man’ and his pals are here to save them!
Mega-Slank From Titanium
Widget is sent to Earth to foil the plans of that cosmic creepster.  Mega-Slank, who is stealing our endangered animals for his interstellar zoo!

© Zodiac Entertainment.
(Manually keyed from the rear of the VHS cover)

Very little information on this eco-friendly cartoon is available on the web, with this blog post being the first to present the ABC version.

While I remember the significant effort put into cleanly transferring the tape, the specific equipment notes are lost.  If you were around when video capture was a thing on computers you’d remember all the issues that used go along with doing things live on slow  machines.  Easily a years worth of forum posting, buying and selling etc went on before I had equipment that could capture real 720×576 25fps cleaning and in sync with lossless audio.

A lot of the issues were a lack of transparency in what the hardware was actually capable of – even the German hardware gurus, Hauppauge, had mishandling resolutions and non-defeatable noise reduction.  DScaler saved the day as the software of choice as it bypassed Windows drivers and tapped into the capture chipset directly – allowing a seriously welcome level of control over things like RGB luma and chroma.

Dscaler also had a wide range of de-interlacing options that considered things like cartoons presented on a PAL VHS made from an NTSC master.  Things never were simple and because of it YouTube is full of unique VHS content that looks terrible.

Having said that, my transfer of this tape isn’t a shining example of VHS restoration or best practice.  The tape was well used when I found it but as you can tell I gave it my best shot.